Once upon a... retail payment 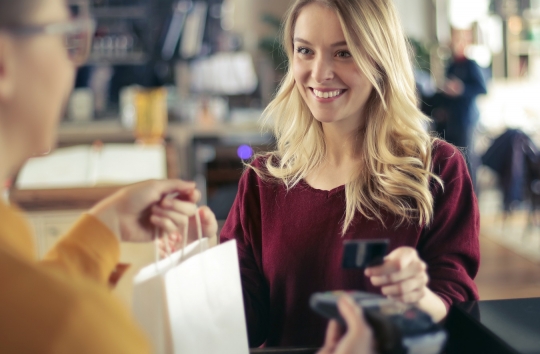 Imagine, if you will, the two or so years of the covid pandemic as the walls of a narrow passage carved deep within a canyon by a river. Far below, a raft is seen making its way downstream, and in it sits the payments industry. As it approaches the narrow section, the water becomes increasingly turbulent, and the raft picks up speed. It plunges headlong into the passage and is tossed violently among the rocks and over the towering rapids before finally emerging on the other side. Here, the river resumes its steady flow, and the payments industry clambers out onto the riverbank to get its bearings. It is alive and well, but it will never be quite the same again.

This metaphor serves to illustrate the velocity of the changes we’ve seen over such a short period. The pandemic has, quite literally, swept our industry into a new era, with digital payments catapulted to the forefront, and cash, for all intents and purposes, demoted to lowly understudy.

Taking things up a notch

In seeking to understand the new complexities and challenges these changes present, particularly to large-scale retailers operating across multiple geographies, it can be useful to see how technologies of the past have helped shape the payments ecosystem of today.

Though no doubt interesting, I’ll skip antiquity and the use of grains and animal pelts to pay for goods and services. I would, however, like to touch on medieval Europe, because there we find one of the earliest and most fascinating examples of innovation in payments – the split tally stick.

Typically comprising a slender length of wood with identical notches cut at either end denoting a monetary or other value, this simple yet effective solution was devised to kill two birds with one… Well, with one stick of course, the birds being the perpetual shortage of money (coins) in Europe and the illiteracy of the vast majority of the population.

Snapped in half, with one section retained by the merchant and the other by the customer, the tally stick served as a reliable physical record of the transaction. Moreover, it had an inherent security feature I like to think of as the medieval precursor to authentication: because no two sticks ever broke in exactly the same way, only the two halves of a given transaction could fit back together again. If one party tried to increase their equity by secretly adding notches to their half of the stick, the discrepancy was immediately obvious to the other party when the time came to settle accounts.

The story demonstrates beautifully one of the core drivers of today’s retail payments industry, i.e. the identification of a specific need and the creation of a solution that empowers retail merchants to expand and grow and offer their customers an enhanced buying experience.

Will that be cash or charge?

So it was in the 1930s with the introduction of the Charga-Plate, a direct predecessor to the modern credit card. These little embossed metal plates resembling military dog tags were issued by large retail merchants to their regular customers. Typically kept on file at the store, they let organizations, say a university, for example, send an employee to make a purchase without having to first supply them with physical money. The Charga-Plate was essentially an early form of loyalty incentive intended to develop meaningful trust-based relationships.

Another important breakthrough came in the 1970s with the rise of the magnetic stripe and the advent of the electronic payment. Credit card schemes could now begin retiring the card imprint device, known infamously as the knuckle buster, and instead encode data in a stripe on the back of a card that could be read by a computer at the point of sale. The technology opened a new and highly efficient channel of communication between the card schemes, the acquirer, and the issuing bank. Together with the ATM, the mag stripe played a crucial role in increasing payment throughput by expanding reach and ease of access.

Payments as part of the value proposition

Luckily, busted knuckles are a thing of the past, but today’s multigeo retail merchants still encounter a number of frustrating pain points as they navigate payment landscapes in different parts of the world, and I’ll be discussing some of those in detail in future posts.

For the time being, one thing is abundantly clear: the dramatic changes we’re witnessing in the global payments industry are having a profound effect on how customers interact with retail brands, with the stores those brands sell their products and services in, and with one another. In a globalized world, companies must build safe and positive relationships with their customers by offering interactions that cultivate loyalty to their brands. Long gone are the days when a payment was a simple transaction between a merchant and a customer. Today’s payments are part of a greater experience – they are a journey that begins the moment a customer enters the store and comes to a close when that customer’s expectations and needs have been met and they leave knowing they will be back again.