Data security for contactless payments in transport and retail: How tokenization works 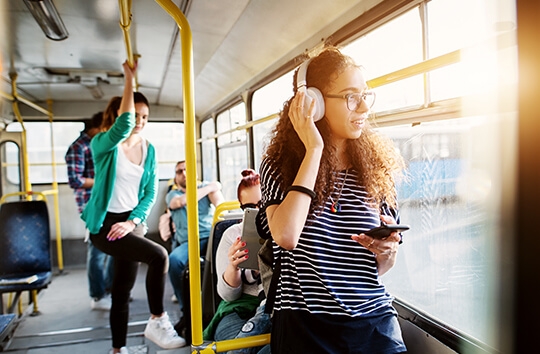 A bank card number is linked to sensitive information that could be misused. Tokenization helps protect sensitive credit card data by replacing it with an anonymous number called a token – the customer’s primary account number (PAN) is substituted with a token and then passed through merchant payment systems.

There are two types of tokens in payment systems:

What is the difference between tokenization and encryption? Unlike a token, encrypted data is not considered a secure way of protecting PAN because it was designed to be reversible. Encrypted data can be decrypted with a decryption key and viewed and misused. According to the Payment Card Industry Data Security Standard (PCI DSS), a global security standard for accepting and processing credit cards, encrypted data is still sensitive data.

In contrast, tokenized data is irreversible and cannot be misused, because there is no mathematical operation to extract the original data from the token. You can't do that with encryption.

The benefits of tokenization for transit providers and retailers

The Switchio platform uses tokenization to ensure that our travel patterns and retail habits remain anonymous. Tokenization services protect customers from hackers – who cannot gain access to sensitive data – and ensure that the use of bank cards is compliant with both GDPR and PCI DSS standards. What are some of the other tokenization benefits?

Keep your data fully secure by working with a professional partner who puts safety first.